In professional soccer, long-lasting groin discomfort is a dreaded diagnosis for players, coaches, therapists and doctors alike. A view into the literature reveals: Rightly so! Several weeks up to months of downtimes and unfortunately even the end of a career are often associated with this.

In general, complaints in the groin region can be divided into four etiologically relevant categories, whereby there may also be several problems that partly overlap:

All etiologies should therefore always be clarified for affected athletes. In most cases, however, the adductor muscle-induced groin pain is caused by multiple factors.

In the case of groin complaints involving the pubic bone branches and the symphysis, there is often a deficit of active pelvic stabilization with a biomechanically induced insertion tendonosis of the adductors. These, among other things, can contribute to the development of the typical edema formation in the area of the pubic bone branches through increased tension, compensatory overstraining and local irritation of the periosteum. The pectineus muscle represents one of the muscles with the largest attachment surface on the pubic bone branch. In addition, it is involved in almost all soccer-specific movements, with its function as adductor, flexor and external rotator, as well as pelvic stabilizer in the standing leg (Fig. 1). It is therefore not surprising that this muscle, in addition to the synergistic adductors, is often overloaded after high levels of stress in footballers and can therefore be palpated with pressure toleration and hypertonia.

It can therefore be assumed that, in addition to the other muscles of the adductor group, it may play a key role in the development and therapy of muscular pubic bone issues.

Die Local trigger point therapy using special acupuncture needles, known so-called dry needling, has been proven to be an effective and fast-acting method of reducing muscle tone with rapid pain relief in many treatments. Dry Needling is becoming more and more popular in sports medicine and is gradually being scientifically highlighted. A similar effect can also be achieved by the use of shock waves and allows the use by therapists who do not want to or are not allowed to use invasive measures. Practical experience has clearly shown that local therapy of the painful pubic bone alone is not effective. Therefore, it is recommended to work towards a targeted detonation of the essential muscles with shock waves, analogous to dry needling. For this purpose, the adductor muscles can be treated in their entire course at intervals of 2–3 days. The use of the radial shock waves with medium intensity (e. g. EMS Swiss DolorClast, 1.5–2.0 bar with approx. 2500–4000 pulses) is suitable. The diameter of the applicator should be adapted to the individual muscle circumference. For the treatment of adductor muscle-­associated groin complaints, both procedures form a central component of the treatment in order to ensure the best short-term success. This also enables the targeted treatment of deep-seated myofascial trigger points of the pectineus muscle and the surrounding adductor muscles after sonographic and palpatory localization, thus effectively reducing muscle tone after just a few treatments in the medium term. With this treatment, the irritated periosteal bone symphysis complex can be relieved at an early stage in the therapy in order to be able to begin early with functional stabilization in the trunk and pelvic area. In contrast to dry needling, in which the target region is defined by localization and penetration depth (Fig. 2), the penetration depth of the shock waves can be adjusted by varying the applicator diameter and energy (radial shock wave), as well as by using an appropriate forward path (focused shock wave).

This should be observed in order to reach deeper muscle layers close to the pelvis, such as the pectineus muscle, safely and systematically. A combination of a radial and a focused shock waves have also proven to be successful, as this allows the highly effective width effect of the radial shock wave to be combined with the pinpoint effect and high penetration depth of the focused shock wave. This can take place directly in the temporal sequence, e. g. with a therapist accompanied by a doctor on site or in consultation, but also with a temporal offset (Fig. 3).

It is widely agreed that purely passive therapy strategies do not solve the underlying biomechanical causes, which are usually based on muscular imbalances, shortening, axial and joint malalignments and disturbed movement patterns due to inadequate or incorrect exercise. Therefore, it is important to carry out a well-founded physiotherapeutic status survey to analyze these parameters of the musculoskeletal system in order to address the identified deficits specifically and individually. An EMG measurement, possibly in addition to a video or movement analysis, can also provide quantifiable data. Experience from professional soccer demonstrates that there are recurring deficits and imbalances which are particularly pronounced in players with groin complaints and are frequently observed. This includes, for example, a lack of control of the lower abdominal muscles in a near-stretch position, as is functionally required in soccer, a relative weakness of the pelvic stabilizing muscles (including the gluteus medius muscle), and a rotational imbalance in the thoracolumbar junction. During active exercise, it is of utmost importance that the deficits are compensated with targeted exercises as they occur in the performance of the functional position in soccer. In practice, it has proved counterproductive to exercise straight and oblique abdominal muscles in a position close to flexion, as is often the case. The goal for soccer is to exercise the full range of motion, especially near the extension, with the upper body stretched or upright (Figs. 4 + 5). Particularly noteworthy is the fact that the targeted active treatment of typical muscular and functional deficits, as described below, is also suitable for prophylaxis.

In the images below you can see a selection of exemplary exercises with healthy and symptom-free athletes. Whenever possible, how­ever, prophylactic use should also be preceded by a survey of individual functional deficits. In preventive and rehabilitative exercise therapy, the following exercises (Fig. 6–8) have proven to be helpful:

In cooperation with the Department of Sports Medicine of the Charité – University Medicine Berlin, the results and progressions of the combined therapy of early dry needling and the active exercise concept presented here have been retrospectively collected over the last 5 years in 11 players of the 1st FC Union Berlin e.V.. The pain intensity of the 11 symptomatic players after VAS before treatment was on average 7.00 (5–8; SA: 1.00), the pain duration before the first treatment was on average 36 weeks (1–156; SA: 51.16). On average, 2–3 dry needling treatments (2. 6) of the pectineus muscle were required. The pain level one week after the first treatment was VAS 2.91 (0–5; SA: 1.64). The average number of missed days after the start of treatment were 1.00 (0–10; SA: 3.00) training days and 0.0 match days. The pain level at the time of retrospective assessment (at least 3 weeks after last treatment) was VAS 0.36 (0–2; SA: 0.67). The success of integrating the Core Stability Program into the preventive training of the teams was difficult to quantify. It is worth mentioning, however, that in the five years since the implementation of the program by the club’s medical department, there has been no player downtime for league matches due to persistent groin complaints.

The causes of groin pain in soccer can be many and varied, and therapy is often lengthy. Comprehensive structural and functional diagnostics are the key to successful treatment. In our experience, a combination of the early use of local muscle tone-lowering techniques such as dry needling and shock waves with a targeted active exercise program has proven to be one of many possible treatment methods in practice. At the same time, details in the execution of the exercises, e.g. abdominal muscle training in a sports-specific functional position (close to full extension), can contribute to success. 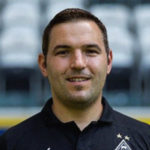 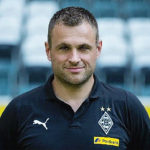