The treatment of shoulder pathologies associated with throwing and overhead sports continues to present a major challenge. The throwing or overhead motion is a complex and, furthermore, sport-specific movement, which subjects the shoulder joint to a high degree of repetitive stress.

Additionally, in the case of competitive athletes, long years of stress have led to adaptation processes in the shoulder, which can further exacerbate sport-related shoulder problems. In these athletes, one-off injuries due to macrotrauma are not usually the cause of the symptoms. They are more likely to be due to stress-related damage caused by repetitive microtrauma. Initial treatment is usually conservative, once structural shoulder damage has been excluded by means of clinical examination and medical imaging. The conservative treatment is complex, can be protracted, and presents a major challenge for both athletes and therapists. Surgical treatment can be necessary in the presence of structural damage to the labrum, biceps tendon anchor, rotator cuff or joint capsule.

The throwing or overhead motion (e.g. as performed in racquet sports) is a sport-specific motion, which functions in a complex kinetic chain. The key positions here are occupied by the glenohumeral joint and the often forgotten scapula as force transmitters with their muscular connection to the trunk. In the wind-up phase, the arm is brought into approximately 90 ° of abduction and maximum external rotation, in order to generate a maximum throwing speed. In the subsequent acceleration phase, there is particular activation of the anterior shoulder muscles, such as the subscapular muscle and pectoral muscle. There is a rapid glenohumeral internal rotation. In the deceleration phase of the throwing or overhead motion, there is very high force transmission onto the glenohumeral joint.

Long-term practice of the throwing/overhead sport, perhaps while still growing, activates anatomical adaptation processes. Increased glenohumeral external rotation allows a higher throwing speed. This is achieved by enlargement of the anterior joint structures (capsules and ligaments). By contrast, contracture and thickening of the dorsal capsule/ligament structures is common and verifiable in ultrasound examination or magnetic resonance imaging (MRI). These adaptation processes can facilitate the development of structural damage, so that early clinical detection is crucially important in preventing such damage.

The increased external rotation ability leads to pathological contact between the dorsal regions of the supraspinatus tendon and the superior glenoid and the Superior Labrum Anterior to Posterior (SLAP) complex. This mechanism is a frequent form of internal impingement and is known as posterosuperior impingement.

In mobility testing, typical glenohumeral differences are already apparent when comparing the contralateral side. Glenohumeral Internal Rotation Deficit (GIRD) with additionally increased external rotation in the throwing shoulder is the most significant clinical sign. Measurement of the external and internal rotation is performed with the arm hanging down or abducted to 90 °, always in comparison to the contralateral side. Another finding on examination, due to the frequent presence of narrowing of the dorsal glenohumeral capsule, is Posterior Shoulder Tightness (PST). With the patient supine (ensuring stabilisation of the scapula), a reduced adduction ability is evident compared with the contralateral side. For both pathologies, typical treatment methods in the form of stretching exercises have been defined and investigated in the scientific literature. For patients with GIRD, sleeper stretches are described, whereas a relatively simple cross-body stretch is reported for PST. The latter, in particular, has impressively good outcomes in the literature. In contrast to contracture of the dorsal capsular structures, the anterior capsular/ligamentous structures are frequently overextended and clinically painful tests indicate anterior microinstability (e.g. relocation test, Fig. 1, painful anterior apprehension test, sulcus sign).

The scapula plays a crucial role in every shoulder joint movement and any malfunction of its complex three-dimensional motion can be both the cause and the result of shoulder pain (Table 1). When making a diagnosis, thorough examination with the patient undressed to the waist while comparing both sides is important (Fig. 2). If the symptoms can be reduced by manual stabilisation of the affected scapula, this is highly likely to indicate a relevant scapular dyskinesis. The treatment of such scapular dyskinesis is often both protracted and difficult and requires optimal communication and cooperation between physician and physiotherapist.

If there is clinical suspicion of structural damage to the glenohumeral joint, medical imaging should be performed to exclude this. In our own clinical practice, this is initially ultrasound examination, which allows especially good visualisation of the rotator cuff, biceps tendon and posterior capsule. Particularly if labral and/or SLAP lesions are suspected, we consider this to constitute one of the rare indications for an MRI arthrogram using intra-articular contrast agent, as this is markedly more informative in these specific pathologies than a plain MRI scan.

The importance of surgery to reduce joint capsule volume, such as the capsular shift procedures as originally described by Jobe, has declined in this specific patient population, as it is associated with a limitation in the ability to rotate the shoulder externally. This is not always compatible with a return to a high level of throwing performance. Labral lesions, on the other hand, should be treated by means of arthroscopic refixation.

Whereas refixation of the SLAP complex to the origin of the long biceps tendon became popular in the last decade, according to current knowledge, there is now considerable reluctance if a SLAP repair is indicated. The reasons for this are once again limited postoperative mobility and hence doubts about the patient’s ability to return to sport at the same level. As a rule, in the case of SLAP lesions, tenodesis of the long biceps tendon is currently recommended, as with partial lesions of the biceps tendon itself.

Due to posterosuperior impingement, which, as described, arises from increased external rotation in overhead throwing athletes, even young athletes can develop significant partial lesions on the joint side of the supraspinatus tendon (Fig. 3). In this case, the indication for surgical repair must be very carefully reviewed, as experience has shown that a return to top-level competitive sport is very difficult after rotator cuff reconstruction.

As with almost all reconstructive shoulder procedures, follow-up treatment always entails an immobilisation period of four to six weeks, during which passive mobility is permitted with a prescribed amount of movement. Usually, a return to full sporting activity is not possible until after six months.

Thrower’s shoulder is not a clearly defined clinical picture, but rather a combination of various diagnoses, which can be present to varying degrees in overhead throwing athletes. Structural damage should be clinically and ­radiologically excluded. Initial treatment is usually conservative. The surgical procedures, which are rarely required, are normally performed arthroscopically and entail protracted follow-up treatment. 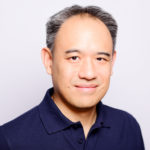 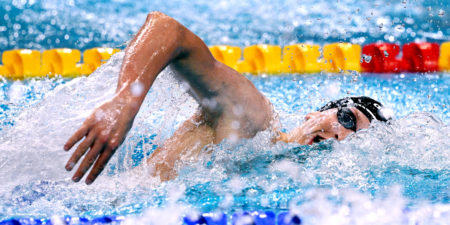 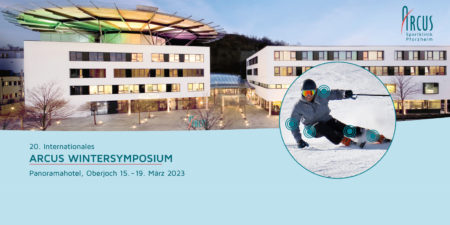 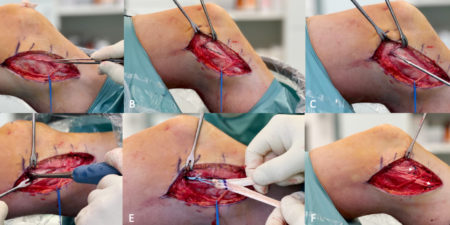