Sudden Cardiac Arrest (SCA) is the leading cause of sudden death in footballers on the field-of-play. The actual mechanism that leads to SCA, though, is largely unknown [1]. In footballers below 35 years, SCA is believed to be mostly arrhythmogenic and often on the background of an underlying structural or electrical pathological heart condition [2, 3].

Among athletes above 35 years, coronary atherosclerosis is the most frequent aetiology of SCA [1 – 4].Exercise can be a trigger for arrhythmias in players with an underlying cardiac pathology. While physical activity has proven benefits for cardiovascular health, the risk of sudden death is increased during bouts of exercise, thus the majority of SCA in footballers occurs during training or competition. The frequency of SCA in footballers (and athletes in general) is unknown, largely due to the absence of mandatory reporting. Data collection systems and methods for examining the incidences of SCA have traditionally been quite limited. There are a number of populations (and sub sections of populations) who have mandated reporting systems, and it is from these that we derive our incidence data. Current estimates of the incidence of sudden cardiac death in athletes range from almost one in a million [5]to 1:23.000 [6]athletes per year, while some subpopulations of athletes are reported at even higher risk with an incidence of 1 in 3.000 [7].The most commonly acknowledged incidence of SCD in athletes is 1 in 200.000, although later studies and a closer examination of metho­dologies have challenged this estimate as too low [7 – 9].

FIFA exists to govern football and to develop the game around the world. Recently the organisation has been fast evolving into a body that can more effectively serve football for the benefit of the entire world, and this includes the health and welfare of all players. In 2020 FIFA Medical made Cardio­vascular health one of their 4 core pillars in their strategy to improve the health benefits for the entire footballing population. Within this strategy, FIFA Medical looked to:

Identify the incidence of SCA

To establish the true incidence of SCA in football the FIFA Sudden Death Registry was established (FIFA-SDR). The Registry was developed in conjunction with Universität des Saarlandes in Germany. The FIFA-SDR (http://www.uni-saarland.­de/page/fifa/en/registry.html) project offers the opportunity to examine SCA in football players and therefore, to improve our knowledge and understanding of sudden deaths and sudden cardiac arrest (including cases of SCA in which the patient survives) in apparently healthy athletes. A first report was published after five years of data collection [10]. It is envisaged that further data will help to detect possible regional or national differences, and to improve preventive measures which may be adapted to specific regional or national circumstances and conditions to further help prevent SCD/SCA in athletes. FIFA funding for this has been guaranteed over the 10-year project. Persons or associations who are interested in the FIFA-SDR and would like to cooperate are warmly welcome to contact FIFA-SDR by sportscardiology@uni-saarland.de.

Produce policies to mitigate the risk of SCA

Methods to reduce the occurrence of SCA during football include thorough cardiovascular screening, and effective emergency planning of protocols and procedures to treat any cardiac emergencies. Before players start participating in any sport, they should be medically examined to ensure that they are sufficiently healthy to cope with the demands of training and playing. The FIFA pre-competition medical assessment (PCMA) is mandatory for all FIFA affiliated competitions. It aims to prevent harm and to identify potentially significant medical conditions that might make playing football dangerous.  The FIFA PCMA involves a focused cardiac section, consisting of medical history, family medical history, physical examination, resting 12-lead ECG and an Echocardiography. Performing an ECG, in addition to taking a history and performing a clinical examination, increases the likelihood of identifying any pre-existing cardiac abnormality. Abnormalities for which indications may be identified on a screening ECG include hypertrophic cardiomyopathy (HCM) and arrythmogenic right ventricular dysplasia. For conduction anomalies like long QT and WPW syndromes, the resting ECG is the decisive diagnostic tool. Genetic testing can be used afterwards to provide a definitive diagnosis. It is important to recognise that, for most cardiac diseases, ECG abnormalities may be present. The Two-dimensional transthoracal echocardiography is the principal diagnostic tool for clinical recognition of many cardiac pathologies. While being a cornerstone in the diagnosis and follow-up of HCM, it can also detect other relevant abnormalities possibly responsible for SCD in young athletes, such as left ventricular dysfunction e.g. due to myocarditis or dilated cardiomyopathy, valvular heart disease and aortic root dilatation. Arrhythmogenic right ventricular cardiomyopathy is often difficult to diagnose by echocardiography alone. If this condition is suspected, a cardiac MRI is generally considered to be a better investigation tool. Although echocardiography may raise strong suspicion of congenital coronary anomalies, mainly the left main coronary artery originating from the right sinus of Valsalva in selected young athletes, CT angiography, magnetic resonance imaging (MRI) or even coronary arteriography are usually necessary to diagnose this entity.

The FIFA Medical department has developed a number of initiatives to assist clinicians working in football with the following aims:

The FIFA Emergency Medicine Courses are bespoke courses for clinicians working at all levels of football. The two principle courses are a one day foundation course and a two day advanced life support course, with assessments throughout the courses. Further, there are separate recertification courses and dissemination courses where participants learn the skills to pass on the formal teaching in their own environments.

Other education material include a specific SCA online interactive module and exam that must be passed in order for clinicians to gain accreditation to work at a FIFA tournament, and the revised FIFA Emergency Medicine Manual that is planned for release in Summer 2021. The Pre-Match Emergency Action Plan (PEAP) is a new initiative that formalises the responses, should a cardiac (or other medical) emergency occur on a pitch. The PEAP is an opportunity to formalise agreed roles and responsibilities of all clinicians prior to a match, in response to an emergency, and offers a chance to rehearse the medical response to emergencies via various moulages conducted in the time prior to kick off. 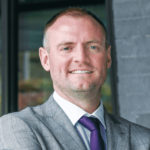 joined FIFA in 2020, having worked at Liverpool Football Club for the previous 7 years as Head of Medical Services. After a Masters in Sports Physiotherapy in Australia, he completed an MSc in Sports Medicine and was awarded a Fellowship of the Faculty of Sport and Exercise Medicine. At FIFA he has been tasked with leading the Medical Subdivision. His current projects are looking at strategies to improve the physical and mental health of footballers globally and providing frameworks for clubs, member associations and confederations to deliver the optimal medical care for all, and to encourage football participation. 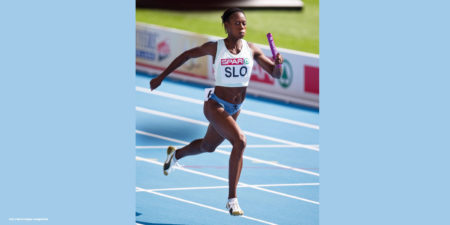