The potential effects of (competitive) sports on cardiac morphology and function are many and varied and have been well researched. The myocardial adaptations induced by physical training were already of interest to sports medicine as far back as the late 19th century. Around 1890 the Swede Dr. Henschen documented markedly enlarged athletes’ hearts in cross-country skiers and around 1900 the American Dr. White recorded sinus bradycardia in participants in the Boston marathon. Incidentally, Dr. Henschen used auscultation and percussion to ascertain the size of the heart. It was not until the mid-20th century that the diagnostic options of X-ray, ECG and, last but not least, echocardiography were introduced. [1].

Sports cardiology diagnostics is a well-established cornerstone in the care of high-performance athletes. It is used, for example, in the diagnosis of acute illness or reduced performance in athletes as well as in the regular and mandatory medical competitive exercise eligibility examinations of the various associations. One basic component of the diagnostic process is echocardiography, which nowadays allows an experienced investigator to perform both a visual high-definition and software-assisted assessment of the function of cardiac structures and function.

The ejection fraction (EF) has long been the most important parameter in the assessment of myocardial function. It involves tracing the endocardium in diastole and systole in 2D echocardiography in a two- and four-chamber view and calculating cardiac output using Simpson’s method (see Fig. 1).

In recent years the relatively new imaging technique of speckle tracking, specifically speckle tracking echocardiography (STE), has markedly increased the diagnostic options regarding the assessment of myocardial function. It involves tracking individual or several speckles in the visualised myocardium during the cardiac cycle using the echocardiography software. This allows conclusions regarding contractility at levels that cannot be followed by the naked eye (unlike the ejection fraction). It allows, for example, calculation of longitu­dinal strain (shortening of the distance between the apex and the base of the heart) and of radial strain (thickening of the myocardium) (see Figs. 2 and 3, respectively). The calculation is performed for different myocardial segments, ultimately allowing global values for the three-dimensional left ventricle to be calculated from different 2D echocardiography settings (the same applies, to a lesser extent, to the atria andthe right ventricle). Peak strain values are thus calculated for each myocardial segment from a two-, three- and four-chamber view and combined into a simplified view, the bull‘s eye.A separate mean is calculated for the left ventricle, giving the global longitudinal strain (GLS) (see Fig. 4).

The calculation of myocardial strain is now common practice in cardiology; GLS is used as a predictor for cardiovascular mortality in healthy individuals, as a parameter in the diagnosis of cardiac amyloidosis, to assess the cardiotoxic effects of chemotherapy and to detect myocardial inflammation and pathological myocardial hypertrophy [2]. The latter two applications in particular are now part of clinical routine in sports cardiology. Ambitious athletes often neglect the necessary rest that should be observed during and after an infection, which in the further course repeatedly leads to the possibility of myocarditis. With respect to this – often complex – issue, strain analysis is a new and useful tool for sports cardiologists/sports medicine physicians. Local reduction in longitudinal strain, detectable in the bull’s eye or in segment visualisation, may indicate a local inflammatory process [2]. In high-performance athletes, myocardial hypertrophy is considerably more common than inflammatory processes. In most cases, marked thickening of the ventricular septum is clearly detectable and understandable as a sports adaptation consistent with physiologic eccentric hypertrophy (see Fig. 5). In some cases, however, other factors may suggest pathological mechanisms as a possible cause of septal hypertrophy. These include concomitant arterial hypertension, elements of concentric hypertrophy or indications of possible hypertrophic cardiomyopathy (e.g. apical hypertrophy, familial clustering or very pronounced hypertrophy). Whereas, based on current knowledge, physiological adaptation as in an athlete’s heart has no effect on cardiac strain values; various pathological mechanisms reduce these values – sometimes markedly [2, 3]. Strain analysis with speckle tracking echocardiography therefore provides sports cardiologists and sports medicine physicians with an effective new tool in daily routine diagnostics. Further research regarding the effects of sports activity on the different cardiac strain parameters is required, e.g. to study differences in the various sports disciplines or between the genders – a task that we have also set ourselves at the German Sport University in the Institute for Cardiovascular Research and Sports Medicine. 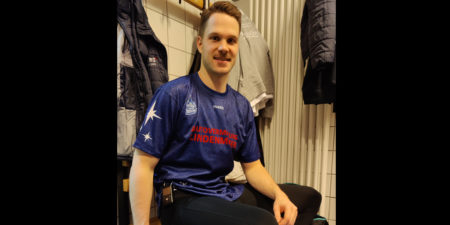 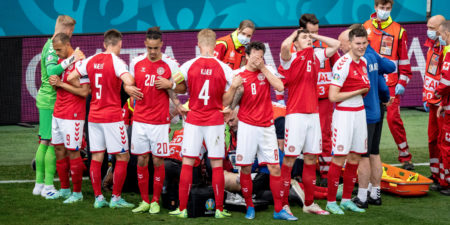