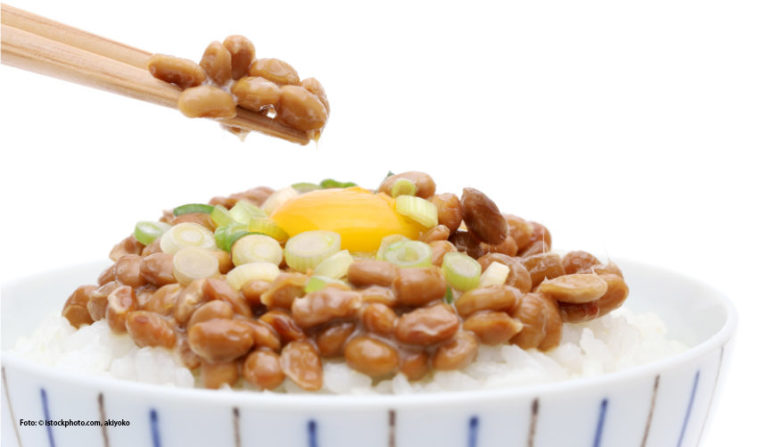 In the last issues of the sportärztezeitung, but also online on our new sports medicine portal www.sportaerztezeitung.com, we focused on the topic of vitamins, particularly on vitamin D deficiency and the positive effects of vitamin D combined with vitamin K. The results collated to date with additional current information, including also vitamin C and the immune system, can be found at www.sportaerztezeitung.com/category/rubriken/ernaehrung/

We are delighted that our long-term partner and scientific advisor to the sportaerztezeitung, Klaus Pöttgen, has now picked up this thread, giving in this issue an interesting insight into current research and discussing further its importance for athlete care.

The important role played by vitamin D in bone metabolism and thus in sport has been studied in detail in recent years. The importance of an adequate supply of vitamin D in sports medicine, however, lies not only in regeneration following bone injury but also for many years in prevention and the positive effect on the immune system.

As presented in the article by Prof. Ghanaati, Dr Volz et al. in the 04/2020 issue of the sportärztezeitung (pp. 96-98), the following functions also play a role:

Without vitamin D, calcium ingested in food cannot be absorbed and used by the body. Vitamin D controls the synthesis of proteins that later require activation by vitamin K. The vitamin K group is named for its indirect effect on coagulation (after the Danish/German word “Koagulation”). Nowadays, a distinction is drawn between the different forms of the fat-soluble vitamin, primarily between K1 and K2 with its subforms (menaquinone – MK).

Caption: There is a traditional food in Japan called natto, which is made from soybeans that have been fermented with Bacillus subtilis and which contains high amounts of MK-7.

Vitamin K forms – supplied in the nutrition and by synthesis

Vitamin K1 (phylloquinone) is synthesised by plants and algae. 70-90% of this vitamin is ingested in green leafy vegetables such as kale, Brussels sprouts, broccoli and spinach and smaller amounts in soya oil, rapeseed oil, liver and eggs. Vitamin K2 (menaquinone) is both produced in small amounts in humans by the enzymatic conversion of K1 and ingested in its subforms in fermented products such as yoghurt and cheese, is formed by bacteria and occurs typically in amounts of less than 25% [1,2]. Following a review by the European regulatory body, the EFSA, vitamin K2 was approved for use in European food and nutrition supplements in 2009. In terms of prevention and treatment, menaquinone-4 (MK-4) and menaquinone-7 (MK-7) are the two most important vitamins in the vitamin K group [9,10]. There is a traditional food in Japan called natto, which is made from soybeans that have been fermented with Bacillus subtilis and which contains high amounts of MK-7 [3]. 10-50% of our daily K2 requirement is met by specific gut bacteria generally responsible for producing K2 [5,6] and requires a healthy individual gut microbiome for vitamin K-dependent physiological processes. MK-4 is the only menaquinone that cannot be formed by bacteria in the gut microbiome and is only produced in individual organs from plant-based K1 (phylloquinone) [4]. As there has been a marked deterioration in gut health and fewer fermented foods are being consumed, studies doubt that the amount of K2 produced by the body is sufficient to meet our daily K2 requirement and assume that vitamin K deficiency is widespread in western countries [5-8].

Matrix Gla protein (MGP) and osteocalcin are the two extrahepatic vitamin K-dependent proteins that have been best studied [11]. Whereas osteocalcin promotes the integration of calcium into the bone matrix and thus supports bone metabolism, vitamin K-dependent MGP helps prevent calcification of the blood vessels, the development of inflammatory atherosclerosis with focal plaque formation and age-related wear and tear of the arteries. It thus protects the blood vessels against calcium overload [12,13]. Vitamin K2 activates MGP by carboxylation. It is only in this carboxylated state that it binds and transports free calcium in the blood [14,15]. In vitamin K2 deficiency, the calcium-binding proteins are undercarboxylated and thus inactive. In the 2004 Rotterdam heart study of 4,807 subjects over a ten-year period, it was shown that people who consumed foods naturally high in vitamin K2 (min. 32 µg daily) had markedly fewer calcium deposits in the arteries. Vitamin K2 reduced the risk of developing blood vessel calcification and of dying of cardiovascular disease by 50% [16]. Increased vitamin K2 intake lowered the mortality risk in elderly patients by 25% [18]. This was also shown in other studies to be the case for vitamin K2 alone but not for vitamin K1, some of which is converted to K2 [17]. This relation seems to be confirmed by increased blood vessel calcification under treatment with vitamin K antagonists [19]. In another study, rats were administered a vitamin K antagonist to induce calcification of the arteries. If rats were then given food containing vitamin K2, this reduced the calcium content of the arteries in the rats by 50%. Thus, vitamin K2 not only prevented calcification but even reversed it [20]. Vitamin K2 is an isoprenoid quinone like CoQ10, has structural and functional similarities with coenzyme Q10 and acts as an electron carrier in certain species of bacteria. Vitamin K2 was therefore ascribed an important function as an electron transporter in the mitochondria of eukaryotic cells and, as regards the mitochondria, was thought to mimic the role of coenzyme Q, which supports mitochondrial ATP production in the respiratory chain [21]. In 2019, however, it was shown that vitamin K2 cannot replace coenzyme Q10 as an electron carrier in the mitochondrial respiratory chain of mammal cells (mice with a genetic defect). Further studies on this subject are therefore necessary [22].

Active vitamin D regulates transcription of osteocalcin and only functions when it has been carboxylated by vitamin K. Vitamin D and vitamin K therefore act in synergy in bone formation. Vitamin K, primarily MK-7, also likely inhibits the transcription factor NFkB and by so doing helps improve bone formation [24]. Inadequately carboxylated calcitonin has a lower affinity to calcium phosphate in the bone matrix. Only carboxylated osteocalcin (cOc) promotes mineralisation of the bone matrix, increases bone strength and reduces the risk of fracture. Patients with atrial fibrillation who were not treated with vitamin K antagonists to prevent blood clotting had a lower risk of osteoporosis [23]. Elderly women with osteoporotic hip fractures had markedly lower serum levels of vitamin K [25]. Low vitamin K intake and high levels of undercarboxylated osteocalcin (ucOc) are independent risk factors for hip fractures [27-29]. In Japan, pharmacological doses of MK-4 (10-90 mg/d) are routinely used to treat osteoporosis and in postmenopausal women over a period of one to three years demonstrate a positive effect on maintaining bone density and fracture risk, as shown in a meta-analysis of 6,759 subjects [30].

In vitamin K deficiency, the calcium-binding proteins are undercarboxylated and thus inactive. Blood samples of healthy subjects showed that although all coagulation proteins had been completely carboxylated by vitamin K, most of the study subjects had high levels of undercarboxylated y-carboxyglutamate acid proteins (osteocalcin, matrix Gla protein). Undercarboxylated osteocalcin (ucOc) and matrix Gla protein (ucMGP) are functional laboratory parameters for vitamin K deficiency and are associated with an increased risk of bone fractures and/or blood vessel complications. Based on the results of this study, it must be assumed that a large part of the population does not have an adequate supply of vitamin K2 [31].

There is increasing evidence that the recommended daily vitamin K requirement given by professional nutrition societies for the γ carboxylation of the osteocalcin and matrix Gla proteins cannot be adequately met by a normal nutrition [32]. Both MK-4 and MK-7 are almost completely ingested from food and supplements. However, there is a big difference in the half-lives of the two forms in the body: MK-4 is eliminated after just a few hours, whereas MK-7 remains available in the blood for a full 72 hours. MK-7 thus demonstrates a far better and longer efficacy [33-35]. The body can only process the trans form of MK-7, a fact which is therefore particularly important when selecting a vitamin K2 product [48]. However, in 2018 it was shown that some products contained only a minimal amount of the effective trans form [49]. As daily supplementation with MK-7 can significantly affect anticoagulation, the authors advise against administration in patients under treatment with vitamin K antagonists [35,36]. Increased ucOsteocalcin also increases the risk of other chronic inflammatory diseases, such as type 2 diabetes. In a study in 2020, separate or combined supplementation with vitamins D3 and K2 significantly lowered glucose levels and the proportion of functional pancreatic beta cells. Administration of D3 + K2 induced a reduction in the uOC/cOC index [37]. Apart from its function in calcium-dependent metabolic pathways initiated by vitamin D, vitamin K also has its own anti-inflammatory effect by inhibiting the expression of pro-inflammatory cytokines. As an electron carrier, vitamin K protects against oxidative stress and thus helps inhibit inflammatory processes. Studies in both humans and animals have shown that vitamin K2 improves not only insulin sensitivity due to the involvement of the vitamin K-dependent protein osteocalcin but also regulation of adipokine levels, anti-inflammatory properties and lipid-lowering effects in type 2 diabetes [38,39].

Tests to determine the level of vitamin K2 in the blood are unsuitable for status analysis, as vitamin K2 is fat soluble, and the tests only show the blood level on the day of testing but not what is stored in tissue. It is an unstable molecule and pre-analysis is difficult, involving centrifugation and frozen transportation to the laboratory. Furthermore, levels fluctuate dramatically due to the short biological half-life of (MK-4 – 1 h, MK-7 approx. 72 h). Although vitamin K1 increases osteocalcin carboxylation, it is only MK-7 intake that results in a further increase in carboxylation levels. Vitamin K2 is an essential cofactor of osteocalcin carboxylation, i.e., the conversion of undercarboxylated “uc” osteocalcin to its carboxylated form. Undercarboxylated osteocalcin correlates with low bone density and increased fracture risk [40]. When the supply of vitamin K2 is poor and/or bioactivity is low, only a small proportion of the osteocalcin is carboxylated. This leads to an increase in ucOsteocalcin. Increased values indicate absolute and/or functional vitamin K2 deficiency. Various authors recommend determining the uOC/cOC or cOC/uOC index or an index with the total osteocalcin level (uOC/tOC) [41-43].

In cases of insulin resistance, Vitamin K2 improves mitochondrial function by improving respiratory capacity and by enhancing biogenesis and the enzyme activities of mitochondrial complexes by SIRT1 (Sirtuin 1) signal transduction [44,45]. Sirtuin 1 is involved in the differentiation of muscle cells, metabolic switching to lipolysis and retardation of apoptosis. An in vitro study in 2018 showed that vitamin K2 (MK-4) has a positive effect on the migration and proliferation of muscle – two important early steps in myogenesis [46]. If improved cardiac function under K2 administration had hitherto only been demonstrated in ill patients, this was also successfully demonstrated in healthy athletes in 2017. An 8-week intake of vitamin K2 was associated in 26 aerobic trained male and female athletes with an increase in maximum heart rate capacity of 12% in the cycle ergometer test [47].

The table below of six of the players not taking supplementation is intended to illustrate how dramatically vitamin D levels can fall.

Vitamin K2: 14 of the 28 players were shown to have increased ucOsteocalcin in the preliminary tests. This is an indication of vitamin K2 deficiency.

This could be followed up with nutrition counselling and a microbiome test. Vitamin D should be administered in combination with K2.

The literature list can be found with the article at www.sportaerztezeitung.com 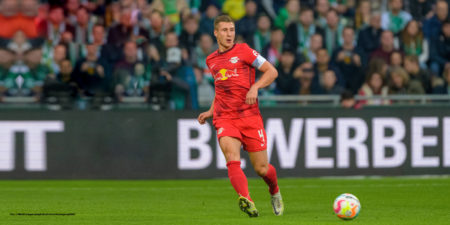 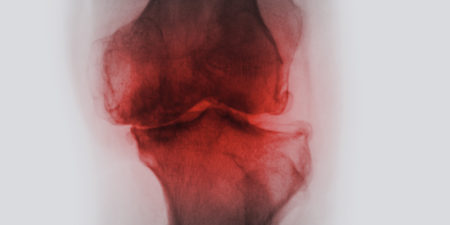