Effects on heart function in health and disease

This article is based on the similar article “Creatine in the Heart: Health and Disease” that I published in the scientific journal “Nutrients” (vol. 13, issue 4, page 1215, April 7, 2021). While I wrote that article for researchers and for health professionals, it is freely available to anyone at the address https://www.mdpi.com/2072-6643/13/4/1215. I encourage readers who would like additional details and references to check it. I will try to explain here in layman terms what creatine is, how we get it, and why normal subjects as well as people with some heart conditions may take advantage of it.

What is creatine, how we normally get it, and what purpose it serves in the organism

Creatine is an atypical amino acid that is normally present in the body. It is transformed into phosphocreatine, and this transformation is reversible. When transformed into phosphocreatine, this molecule serves as a store of energy. In fact, the bond between creatine and the phosphate has a very high energetic value and, when phosphocreatine returns to the creatine form, the rupture of this bond frees enough energy to synthesize ATP (adenosine-triphosphate, the main source of energy for mammalian cells).

The above process is of pivotal importance in the energy metabolism of the cells, since (1) it allows fast and large delivery of ATP (upon breaking of the phosphate bond of phosphocreatine) right where it is needed (e.g., the actin-myosin filaments that allow contraction of muscle and myocardial cells) and (2) it allows extra ATP to be rapidly available (again, upon breaking the same bond) at times of extra effort, e.g. when muscle or myocardial cells must perform maximal effort. Summing up, creatine gives origin to phosphocreatine and the latter acts as an energy reserve for the cell. These actions of creatine are particularly important for the so-called “excitable” cells of the organism: neurons, muscle cells and, yes, myocardial cells. What sets these cells apart from other cells of the organism is their capability to generate electrical signals, a duty that continuously requires high amounts of energy for the everyday functions of these cells.

Creatine is highly needed by the organism, thus it is quickly consumed. Every day the organism loses 1-2 grams of creatine, which is transformed into its inactive derivative creatinine and eliminated in the urine through the kidneys. Thus, every day we must procure to ourselves this amount of creatine. About half this amount is synthesized by the body itself, the other half is obtained through the diet. An important consideration is, by the way, that creatine is present only in the animal kingdom, thus no vegetable food can provide it. Thus, vegetarians do not get any creatine with the diet, or at the most they only get insignificant amounts of it from milk, eggs, and cheese. This leads to the recommendation that vegetarians supplement their diet with one gram a day of creatine (interested readers may consult a review that I co-authored: Beyond sports: Efficacy and safety of creatine supplementation in pathological or paraphysiological conditions of brain and muscle. Med Res Rev. 2019;39(6):2427-2459, which may be obtained at https://onlinelibrary.wiley.com/doi/full/10.1002/med.21590).

While endogenous synthesis and diet intake are usually sufficient to meet ordinary bodily needs, taking extra creatine as a dietary supplement increases the amount of creatine in the body, thus it multiplies its effects and advantages. Athletes, sportsmen and body builders were until recently the only subjects who used to take advantage of this effect, but in recent years it became clear that creatine supplementation holds advantages for sedentary people, too, as well as for people affected by some afflictions of the neuronal, muscular, or cardiac systems.

Is creatine relevant for the heart, and can we increase it safely in this organ?

As said, creatine is of paramount importance for energy-consuming excitable cells, including myocytes, the myocardial cells which make up the muscular walls of the heart. In vitro experiments show clearly that increasing the creatine content of myocytes increases the force of contraction of the normal cardiac tissue. Unfortunately, to the best of my knowledge nobody has yet cared (perhaps because of technical difficulty) to investigate a similar effect in vivo, neither in normal humans nor in normal laboratory animals. However, the in vitro effects are quite clear, so we may reasonably assume that the in vivo effect would be comparable. Again to the best of my knowledge, nobody has investigated to what level creatine may increase in the human heart upon supplementation, however animal data report an increase of creatine upon supplementation ranging from 11% to 28% of its basal values. Such an increase was shown to be safe, and not toxic for the heart. For the sake of completeness, we may add that in the scientific literature some toxic effects of increasing creatine in the heart were reported, but only when creatine was increased beyond 60% of its baseline values. Such an extraordinary increase can not be obtained by dietary supplementation, they can be obtained only with genetic modification of the myocardial cells resulting in overexpression of the creatine transporter. Dietary supplementation alone cannot increase creatine beyond 11%-28% (see above), and there is no doubt that an increase of this amount is totally safe. Moreover, we should also remember that in the past couple of decades numerous clinical studies have investigated effectiveness and safety of creatine supplementation in various medical conditions compared to a placebo (for a review of these data, see again our above-quoted paper “Beyond sports: Efficacy and safety of creatine supplementation in pathological or paraphysiological conditions of brain and muscle”. Med Res Rev. 2019;39(6):2427-2459, which may be obtained at https://onlinelibrary.wiley.com/doi/full/10.1002/med.21590). While effectiveness varied according to the medical condition under scrutiny, adverse effects in creatine-supplemented subjects were comparable to those of placebo-treated subjects, even in elderly people. This indicates beyond any reasonable doubt that creatine supplementation is safe. Nausea or diarrhea were the only side effects that were sometimes reported more frequently in creatine-treated people than in placebo-treated controls.

In fact, the only safety caution in creatine supplementation concerns people affected by renal insufficiency: while creatine does not cause kidney damage, it is prudent to avoid administering it to people that are affected by even slight renal insufficiency. This is because creatine is transformed into creatinine, which is excreted by the kidneys with the urine, thus a high amount of creatine may impose an excessive effort to the already damaged kidneys.

Can people with heart diseases take advantage of creatine supplementation?

Creatine may help mainly in two pathological conditions of the heart: heart failure and anthracycline toxicity.

Within cardiological conditions, the importance of creatine has been investigated mainly in subjects affected by heart failure. This is a condition where the heart is, so to speak, weaker than normal, and “fails” to meet the blood and circulation requirements of the body. Consequently, and to put it in simple terms, the body receives less blood than it needs, thus symptoms like generalized weakness, shortness of breath, ankle swelling and more occur. Heart failure can occur because of coronary artery disease due to atherosclerosis, or because of different causes. When of moderate or severe degree it is invalidating and life-threatening.

Numerous data show that heart creatine is decreased in heart failure, both in laboratory animals and in human patients. Phosphocreatine, the phosphorylated form of creatine, is especially decreased, presumably because it continuously uses its phosphate bond to resynthesize ATP (see above) to compensate the energetic deficiency of heart failure. It has been repeatedly demonstrated that a decrease in creatine content lowers the contractile ability of the heart, thus hampering its main function. Thus, it is of no surprise that in human patients the creatine content of the heart was correlated with their ultimate prognosis: the lower the creatine content of the heart, the worse the prognosis of the individual heart failure patient.

Thus, if we ask whether creatine supplementation may be useful in heart failure patients, we can answer that it is capable to mitigate the impact of this ominous condition, and to probably improve the patients’ quality of life, both because of its direct effect on the heart and because of its concurrent effect on the body muscles. This conclusion, added to the notion that creatine supplementation is very safe (see above), should in my opinion lead to the prescription of creatine to heart failure patients, especially to those in whom muscular weakness and fatigue are prominent symptoms.

Anthracyclines are antitumor agents used in many types of cancers, including breast cancer and hematological malignancies. They have such names as doxorubicin (also called adriamycin), daunorubicin, epirubicin and idarubicin. One of their main antitumor effects is hampering the function of mitochondria, the cellular organelles where energy from oxygen and nutrients is used to synthesize ATP, the energetic “currency” of the organism. Anthracyclines cause mitochondria damage by generating molecules called “reactive oxygen species” (ROS), molecules that attack mitochondria walls and disrupt them. By hampering mitochondrial function in tumor cells, anthracyclines effectively damage tumoral cells, that need high amounts of energy to support their rapid proliferation. Unfortunately, they also damage the mitochondria of normal cells, and such damage to normal cells often becomes severe in the heart, an organ that also requires high amounts of energy to function properly. Cardiac symptoms of anthracycline toxicity range from mild cases with no or little symptoms to life-threatening heart failure. Moreover, here, too, muscles are affected as well, because muscle tissue also require high amounts of energy in their everyday working.

Summing up, creatine supplementation is safe, with the only caution of not administering it to people with kidney damage. When used by healthy people its positive, energy-boosting effects very likely extend to the heart as well. Subjects affected by heart failure may obtain mitigation of their symptoms by creatine supplementation, especially generalized weakness and fatigue. Finally, oncological patients that must undergo chemotherapy with anthracyclines may find themselves better protected against possible heart and muscle damage if they load themselves with creatine for 30 days ahead of the anthracycline chemotherapy. 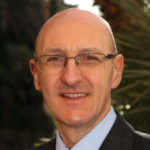 is Associate Professor of Neurology at the University of Genova. His research interests include creatine as a medicinal compound and new creatine-derived compounds with therapeutical effects. He aims at bridging the gap between experimental research and clinical therapy, and to this aim he has co-founded NovaNeuro, an academic spinoff that creates and commercializes dietary supplements based on creatine. 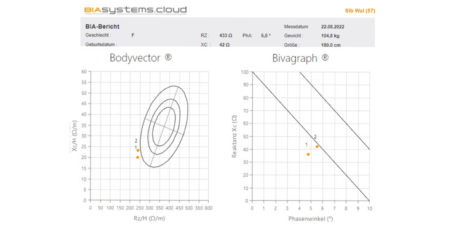 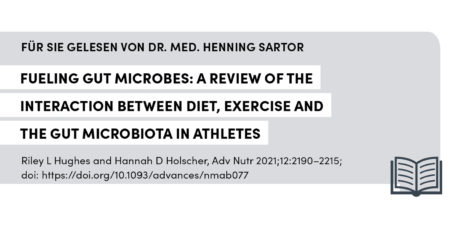 Fueling Gut Microbes: A Review of the Interaction between Diet, Exercise, and the Gut Microbiota in Athletes